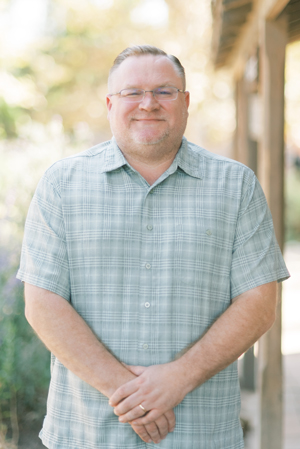 Coach Bahnsen has been involved in Christian education his whole adult life. In the classroom, Coach Bahnsen is passionate about sharing the gospel by teaching world history from a Christian worldview. He hopes every student will understand how to defend their Christian faith when encountering other religions from different cultures around the world.

During his coaching career, Coach Bahnsen had great success as head coach of both boys basketball and boys volleyball programs. His basketball teams won seven league championships and advanced numerous times to the CIF quarterfinals and semifinals. His cumulative record as head boys basketball coach is 333-161. His volleyball teams won five league championships and also advanced deep into the CIF playoffs including a CIF Championship in 2003. His cumulative record as head boys volleyball coach is 175-60.

Coach Bahnsen has been married for 25 years to his beautiful wife Julie. They have three kids together—Matthew, Annika, and Leila. Recently, Coach Bahnsen became the proud first time grandfather to Beckett Bahnsen. His favorite hobbies are reading and golf.