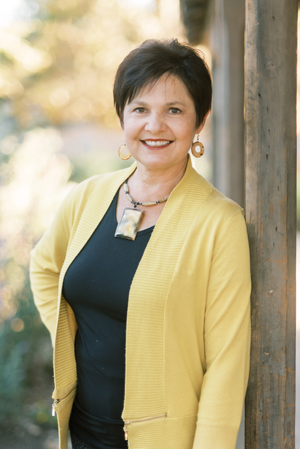 Ania Fournier grew up in Europe next to an enormous medieval castle in Malbork, Poland. She was always a reader and even as a child frequently visited the castle’s library, which held many old and rare books. Inspired by the stories of Christian missionaries, Ania pursued nursing studies and worked in the cardiology and anesthesiology departments in a hospital in Gdansk, Poland. In 1988 when the Iron Curtain started to crumble, the Lord opened the door for her to do some mission work in Asia with the Operation Mobilization ship, MV Doulos. The ship itself was a floating bookshop that offered Bibles, Christian literature, and other quality books in English and the languages of the countries it visited. Living on this ship with crew members from more than 35 countries was a unique cross-cultural and life-changing experience. From 1990 to 1991, Ania attended Capernwray Hall Bible School in England with students from about 20 different countries.

Upon returning to Poland, Ania worked full time with her church, where she served as the associate director of the English Language School, organized conversational English camps, and aided in outreach to schoolchildren and children with special needs. She pursued further studies in Teaching English as a Foreign Language at the University of Gdansk.

Ania moved to the USA in 2000. She served as the Teaching Director of the first After School Kids (ASK) Community Bible Study program in California between 2009-.2014.

Ania lives in Dana Point with her husband and son. Ania is an active member of Union Church in San Clemente and enjoys traveling, gardening, baking, and creating book art for the CVCS Library. She has been serving CVCS students as the librarian since 2014.