Eagles make the long trip to Riverside Prep worthwhile with a 31 - 12 victory! 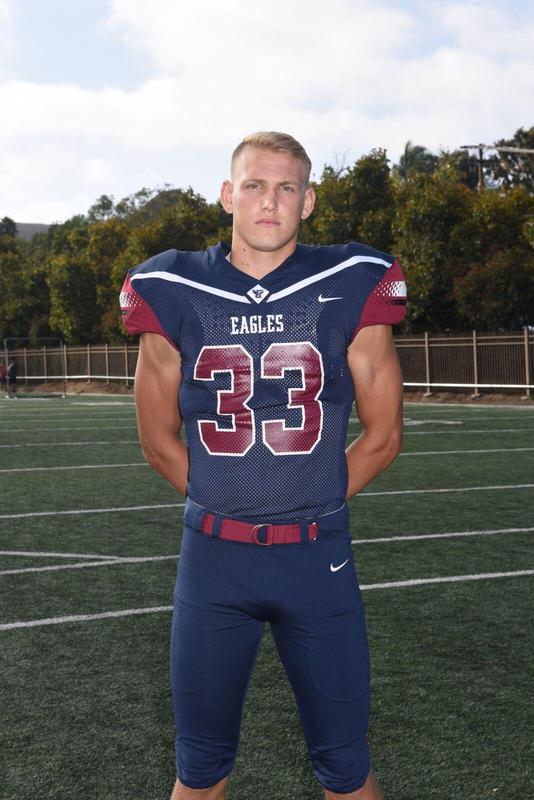 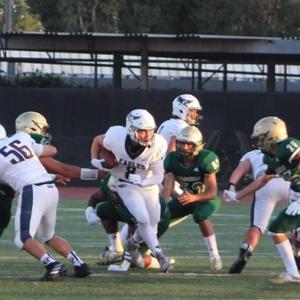 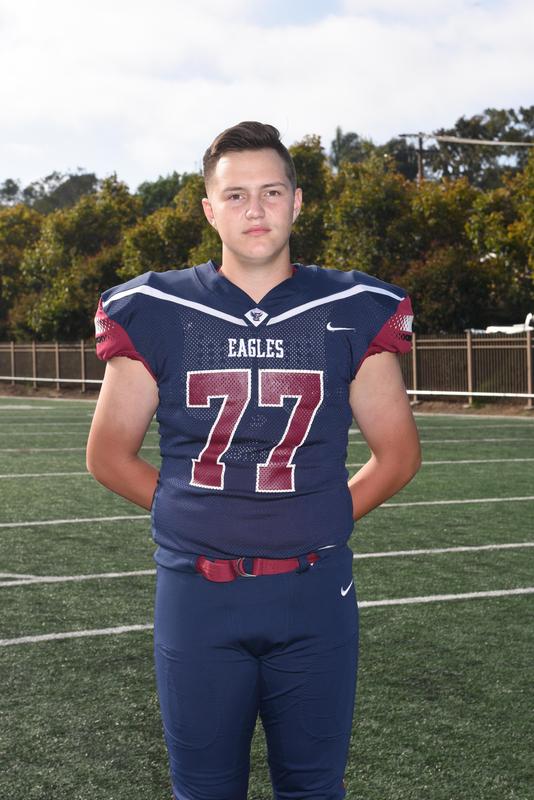 The CVC Eagles made the long two hour bus ride worthwhile as they came away with a 31 to 12 victory over Riverside Prep on Friday night.

Tyler Henry, who was returning from an injury that kept him out of last week's game, was efficient at his quarterback position in his season debut.
Henry completed 11 of 15 passes for 138 yards and 3 touchdowns. Rome Demongin had another solid game at running back as he rushed for 112 yards on 17 carries and one touchdown. Simeon Marton played well on offense and defense as he hauled in 6 passes for 88 yards and two touchdowns. Marton added 10 total tackles, 4 of which were for a loss, as he led the defense against the Silver Nights. Dylen Roberts hauled in 2 passes for 23 yards and one touchdown from his tight end position, and was solid on defense with 5 unassisted tackles and a caused fumble. Offensive and defensive lineman, Noah Olson, was the player of the game as he blocked well on offense and added 7 tackes (2 sacks) and a blocked punt on defense!

The Eagles take on Calvary Chapel, Santa Ana, on Thursday night in their first home game of the season. The game will be played at Laguna Hills high school with the kickoff at 7 pm.