Varsity Football bounces back with solid 42 - 21 victory over Calvary Murrieta! 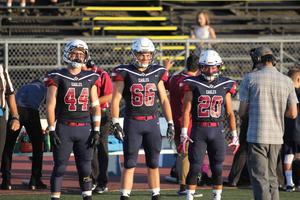 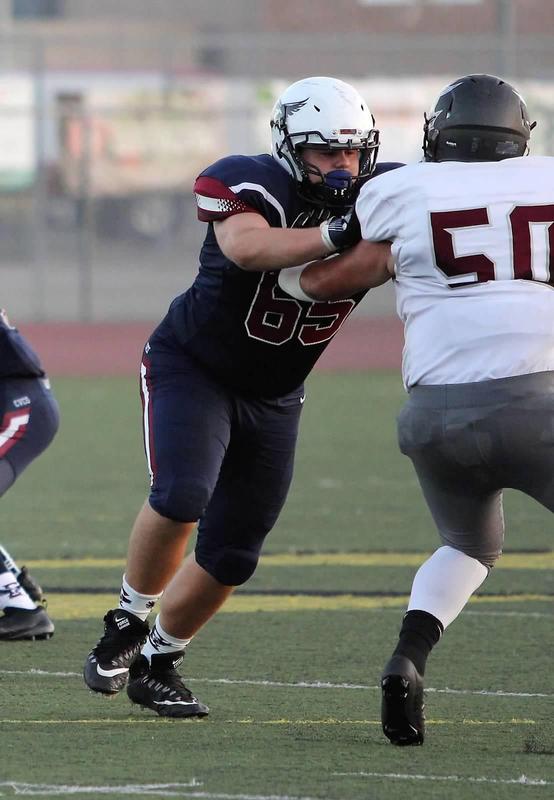 Your varsity football bounced back last night after a tough loss last week to Carpinteria, as they ran over Calvary Murrieta, 42 to 21 in a non-league contest.

Seth Yu led the way with 169 yards on 24 carries, while scoring 5 touchdowns. Jack Roberts, who was solid on defense as well, rushed for 107 bruising yards on 12 carries. Tyler Henry got into the act, rushing for 45 yards on 7 carries from his quarterback position. Henry also connected on 7 of 13 passes for 139 yards, as six of those completions went to Simeon Marton for 119 yards and one touchdown.The offensive line of Josh Sears, Stefan Purgason, Cole Flynn, Noah Olson, and Christian Harris were the stars as they opened up sizeable holes for the Eagle running backs to slice through.

Jacob Hazzard, Seth Yu, and Christian Harris each had an interception to turn back the dangerous Warriors passing attack. Roberts also recovered a fumble to thwart another Calvary drive while Sears, Kahlil Peterson, and James Porrello were solid up front defensively.

The Eagles return home next Friday night, Sept. 14 @ 7 pm vs Sherman Indian. The game will be played at Capo Valley High School.