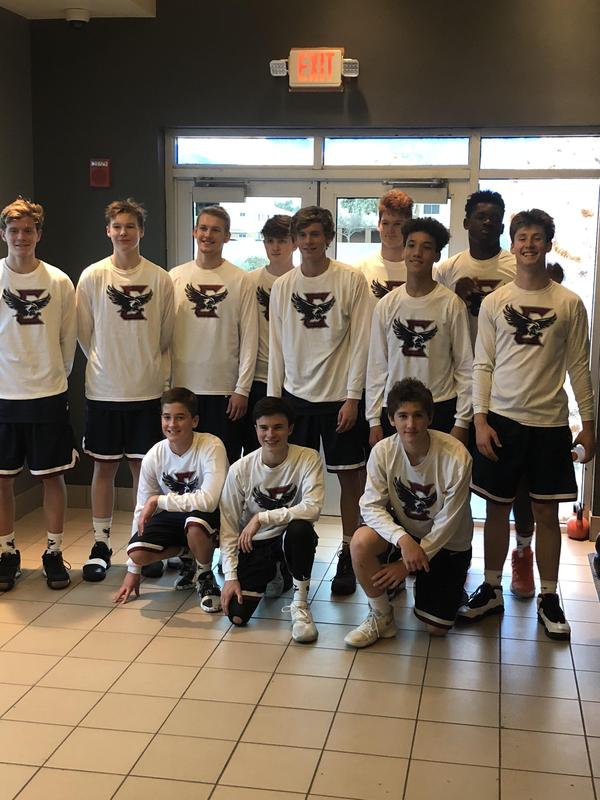 Boys basketball took 3rd place at the Mountain View Christian tournament in Las Vegas today by defeating Sierra Lutheran (Carson City, NV) 79-53. The team had very balanced scoring with 4 players in double figures - Blaine Petronis 13 points, Festus Ndumanya 12 points, Daniel Powers 11 points, and Luke Powell 10 points. Festus was once again named All-tournament - he has been named All-tournament or Tournament MVP in all 4 tournaments the team has played in this season. The team defeated Spring Mountain HS (Las Vegas, NV) on the first day of the tournament 80-50, then lost on the second day of the tournament to Bonanza HS (Las Vegas, NV ranked #15 in the state of NV) 75-54, and won again on the third day of the tournament against Pahrump Valley HS (Overton, NV) 71-40. Next up for the team is a big game on Tuesday January 8th at Fairmont Prep (ranked #12 in Orange County). This will be the league opener for the Eagles (ranked #18 in Orange County).